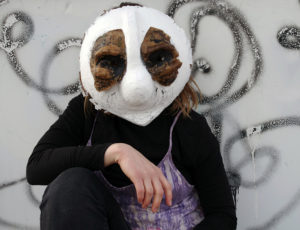 Nexus tells the story of eight individuals living, working and crawling through an aging pipeline. Three workers hear a mysterious voice coming from within the pipe and decide to venture into the darkness to find its source.
Ellis, a 16 year old activist, befriends a two million year-old diatom called BUG! Jess eats all hunger strikes until they fade away and Mitchel really just needed some way to pay off his school debt. This research-based work is inspired by the recent controversy surrounding Enbridge’s Line 9 pipeline and the humans and non-humans who are affected by it. Based on interviews and research with activists, industry workers and landowners who live and work along the pipeline, this piece is an exploration of inter-species relations and the pipeline as a nexus between seemingly disparate geographies and stories.
Nexus was shortlisted for the Playwright Guild of Canada’s Robert Beardsley Award at the 2017 Tom Hendry Awards.

Thank you for the support of the Toronto Arts Council (TAC).