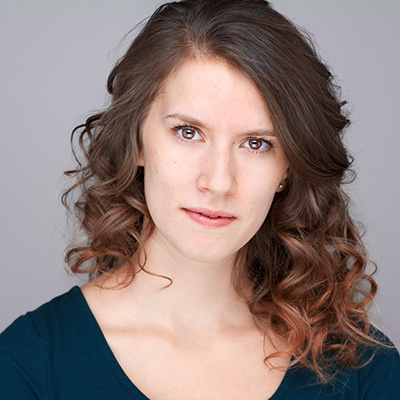 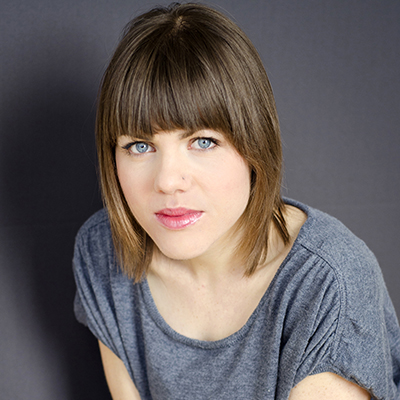 Morgan Johnson is an interdisciplinary artist and theatre creator who aims to use performance for social change. She holds a Bachelor of Fine Arts in Acting from the University of Windsor during which time she also studied at the Moscow Art Theatre School and with the SITI company. She also has a Masters in Environmental Studies from York University, where she developed the autoethnographic, multimedia solo performance piece Imperceptible, which focused on Indigenous/Settler relations in Canada around issues of environmental and social injustice. Select past credits include: performer in Blood + Soil by Theatre Artaud; performer in There is No Word for Wilderness (a site-specific mask show); co-creator/performer for Terra Incognita (an immersive performance piece about consumer culture using mask theatre); title performer in Susannah Bird (Winnipeg and Edmonton Fringe Festivals 2015); and creator/performer in the solo show High Tide: On the Life and Writings of Rachel Carson (Ottawa Fringe Festival 2014). Morgan is currently co-artistic leader of Animacy Theatre Collective, where she recently was co-creator/performer for Upstream Downtown (Toronto Festival of Clowns, Toronto Fringe, and with Evergreen Brickworks and the Toronto and Region Conservation Authority), directed by Martha Ross. She has trained in Pochinko clown performance at the Manitoulin Conservatory for Creation and Performance with John Turner.

Alexandra Simpson is an interdisciplinary artist and actor with a background in dance, music, mask (building, performance and facilitating), directing and playwriting. She has a BFA in Performance Acting (2009-13) and a MFA in Documentary Media (2014-16) from Ryerson University, and a MA in Performance and Environmental Studies from the University of Toronto.
Alexandra has experience in various creation projects including: Upstream Downtown by ATC about salmon and humans in Toronto; Swallow-A-Bicycle’s Gargantuan Project, a collectively created mask work about the Alberta tar sands; Terra Incognita by the Terra Incognita Collective, a research based performance documentary about growth culture and the degrowth alternative; and most recently as a performer and collaborator in Theatre by the Bay’s The Five Points, a documentary play written by Alex Dault and created by the collective, about Barrie Ontario’s downtown core. Alexandra’s work as a playwright includes: Hiatus (Ryerson New Voices, 2013); Surviving Speares (Toronto Fringe, 2013); Pit Sublime (Alumnae Theatre, 2014); and Nexus (Animacy Theatre Works in Progress Double Bill, 2017). Her play Nexus, about the Line 9 pipeline and the humans and more than humans who live, work and crawl among it, was shortlisted for the Playwright’s Guild of Canada’s 2017 Robert Beardsley Award and recently received support from the Toronto Arts Council for future development.
Alexandra is a mask builder and facilitator. She has built masks for Lisa Hamalainen’s immersive theatrical nature walk, There is No Word for Wilderness (2017/18), on Manitoulin Island, and directed the 2018 version in Morningside Park with Toronto and Region Conservation Authority and with Evergreen Brick Works on their trails. She has run community mask workshops for Scarborough Arts, the 4e Elements Festival, and various schools in the GTA.
Alexandra is on the board for Common Boots Theatre (formerly Theatre Columbus) and a member of their Devised Theatre Lab. She has experience in video creation and editing for projection, and also created Serious Comedy: an interactive documentary for Common Boots Theatre about the company’s history and creation processes. She is interested in collaborative performance forms, site-specific theatre and representations of interspecies relations.

This July 2019, Alexandra will be going to the 34th International Seminar in the Art of Mask in Commedia dell’Arte in Padova, Italy thanks to the support of the Chalmer’s Professional Development Fund administered by the Ontario Art Council.

“It has been an absolute dream of mine to attend the Sartori workshop in Italy. I gratefully acknowledge the support of the Chalmer’s Professional Develop Fund administered by the Ontario Art Council.” – Alexandra Simpson